I’m sure everyone who starts writing a novel, defines success as topping the best-seller lists and having their book made into a movie. The sad reality is that most of us will never get there. Does that mean we’ll fail as writers?

If most of us won’t become the next Stephen King or J.K. Rowling, then why do we write?

Because we love writing. Writing is what we do. We cannot NOT write. The voices in our heads won’t let us.

How do we measure success, then?

I think it depends on the end goal.

For most writers, I think the end goal is to find an audience for our book, no matter how small it is. Knowing that someone out there (other than family and friends) loves our book as much as we do. To me, just reaching one person would be enough.

Redefining Success as a Writer

In order to reach this end goal, there are a lot of obstacles along the way that can get us discouraged. The only way to stay motivated is to focus on our achievements and see every step we take as a success that should be celebrated.

Last year, I got so discouraged for not getting any requests on my first rounds of querying that I almost gave up. I was focusing on my failure of not landing an agent instead of being proud of how far I’ve come. Four years ago, the idea of writing a novel had never crossed my mind. Now, the story I’ve carried in my head for years is materialized on paper. I should celebrate this, not be depressed about what I don’t have yet. My journey is just beginning.

So this is where I am right now: redefining success. Just because I haven’t reached my end goal, doesn’t mean I’m not a successful writer. I’m successful as long as I keep going and don’t give up.

How do you measure success as a writer? Do you celebrate each small success along the way? How do you keep yourself motivated to keep going? 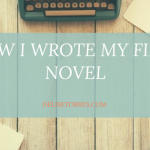 How I Wrote my First Novel 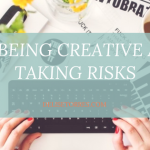 On Being Creative and Taking Risks 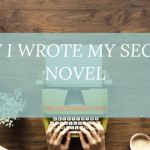 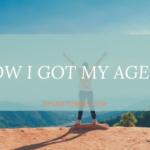