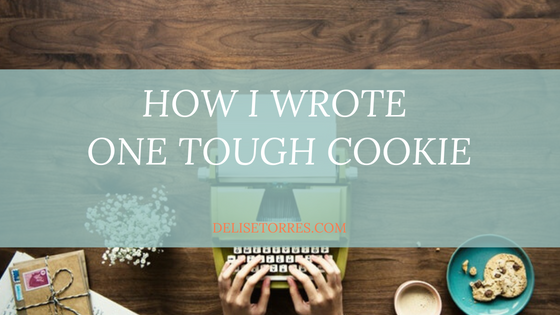 Update January, 2023: I changed the title of this post to reflect that my second novel eventually became my debut novel, ONE TOUGH COOKIE.

In 2016, I completed my first novel ever, PULLING ME BACK IN (I wrote a post about how I did it) not really knowing what I was doing, learning as I went. For my second novel, THE SINGULARITY OF COOKIES, I wanted to optimize my process and be more efficient.

The journey to write this novel took me four years, six drafts, and a LOT of stress, but I came off a better writer and now I have an agent! Here’s how I wrote my second novel with some extra advice for writers at the end.

The idea for this novel sparked out of a dream. It was a small moment between a man and a woman that stayed with me after I woke up. The dream inspired a scene which I wrote right away.

I was pregnant at the time and preoccupied with other things, so I didn’t write more than that, but I kept thinking about the story. After writing another scene, I was stuck. It wasn’t until a year later that the plot came together and I wrote all the scenes that came to mind. When I finished, I had a beginning, middle, and end. I just needed to fill in the rest.

For my first novel, I just wrote what I thought it needed until I finished. Afterward, I learned about the three-act structure, character arcs, and scene structures, which I applied to my WIP during revision. Doing this after the fact meant a lot of revisions and rewrites.

This time, I wanted to do a lot more prep-work, so I followed K.M. Weiland’s series, How to Outline your Novel on her website, Helping Writers Become Authors.

Since I already knew what the story was about, I skipped the “General Sketches” she mentions, and went straight to figuring out the plot structure and character arc, as well as interviewing my characters. Her series finishes with writing out the structure for each scene, but I did this as I wrote the first draft.

I also used this time for research, which I also didn’t do ahead of writing my first novel. My novel is set at a cookie factory. Although I have a PhD in Food Science and previous experience as a quality assurance manager, I’d never worked in that type of plant. I had to research special requirements, like handling of ingredients and equipment. I also had to create a company profile, decide what my product would be, and draw a rough sketch.

I set out to write the first draft in one month. For one, I wanted to see if I could actually do it. The first draft for my first novel took three months, not only because I didn’t know what I was doing but because I revised as I went. Now I knew there’s no point in doing that. Back then, I thought the first draft was IT, that I would just have to re-read, fix a few things, and I’d be ready to query. But with each draft and feedback, you get new perspectives, and inevitably, you will change something. What’s the point of fine-tuning a scene you may end up deleting?

I had my overall structure and knew my characters. Now I went scene by scene, using the scene-structure method described by K.M. Weiland. This helped keep me focused and see the gaps I needed to fill. I wrote the basics of each scene without giving it too much thought and moved on to the next.

I stumbled a few times and had to go back and rewrite a scene before moving forward, but thanks to scene-structuring and all the prep-work I did, I could accomplish my goal. After one month, I had a draft of around 50K words, which is the minimum word count for a full-length novel.

I let the draft rest, went on vacation to Puerto Rico, and returned, hoping to get started. But first, I had to do a bit more research into cookie manufacturing, which took me an extra month.

Since I mostly write dialogue, I needed to add all the descriptive details and backstory. I also had to rewrite part of the story thanks to the extra research I did. The second draft ended up being around 82K words.

Last time, I used Scribophile, which allowed me to get instant feedback on each chapter as I revised. This time, I sent the chapters to a trusted critique partner, who read the first draft, offered some pointers, then read the revised version. After finishing, I sent the draft to three beta readers, and received mostly positive feedback. I expected to only do one last polishing before querying (Spoiler Alert: I was wrong).

I wanted to finish my third draft in time for Pitch Wars, but in September, I connected with a mentor through the Women’s Fiction Writing Association (WFWA). My mentor read my query, synopsis, and first three chapters. She commented how it sounded like a Romance, which had been one of my biggest fears. Not that I have anything against the Romance genre, but though my story is romantic, the plot and structure don’t match with genre expectations. She advised I add more to my synopsis and query regarding a subplot about a looming food inspection.

When I tried, I realized those scenes were not tied to my MC’s arc. I had to make a choice: delete them and go full Romance or figure out how to tie the plots together.

I bought the book Story Genius and went deeper into the backstory and character. This helped me connect the subplot to the character arc, but it meant extensive rewriting. Cue the agony.

I applied through the WFWA to be connected with a critique group. For the next four months, I rewrote the chapters and shared them with my group. I added flashbacks to the story, which enhanced my protagonist. With their feedback, I knew I was on the right track.

The third draft ended up being around 98K words. My faithful CP offered to read it again, and she suggested I cut down 10K words, which seemed daunting to me. As you can tell, I’m an underwriter, so I’ve never had to cut down so many words.

Thankfully, around this time, I connected with a book coach (again through WFWA – for anyone writing Women’s Fiction, this is an excellent association and you should join now!). She critiqued my first three chapters, and we chatted over Zoom. Her feedback was invaluable in streamlining my character arc.

She also suggested writing an Inside Outline, which I also recommend to every writer. This outline allows you to keep track of every scene in the book, summarizing what happens (plot) and why it happens (the point). With this tool, I could clearly see what scenes needed to be cut because they didn’t matter to the story.

I focused only on these scenes, and by the end I’d reached my goal! My draft was now around 88K.

Following the advice in the book Intuitive Editing, I let my draft rest, then read it on my Kindle, and made notes on what I thought needed changing.

I ended up with sixteen pages of notes!

The food inspection subplot was again in need of major revisions, so I started there. I also focused on show & tell, tension, and suspense. I combined scenes and gave the secondary characters more of an arc. By the end, my draft was at approx. 87K.

I let the novel rest and then read it again on my Kindle. The novel flowed much better, and there were only a few scenes that needed fixing.

I used this draft to enhance my descriptions, incorporate the setting more, make the voices of the characters more distinctive, and fix grammar mistakes. I also read it aloud. Final word count: approx. 89K.

I sent this draft to six additional beta readers. Though I knew the novel was okay, I’d made many changes, and I wanted to get confirmation that it was really done. And I got it! The comments were more subjective, with only minor suggestions.

The book was ready.

I hope this post gives you an insight into what it takes to write a novel and some helpful resources.

Any questions? What is your writing process? Let me know in the comments below. 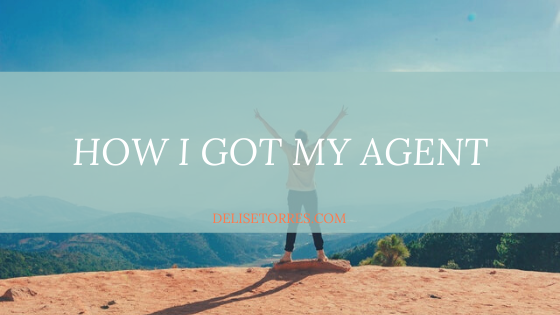